One night in 1779, accompanied by his minders, sixteen year-old George the Prince of Wales attended a performance of ‘The Winter’s Tale’. He was besotted by the beautiful young actress playing Perdita, Mary Robinson.

They met often. Then one night under the cover of great secrecy, Mary was smuggled into the Prince’s apartments. What happened that night, more than a year before the Prince’s eighteenth birthday and his freedom to do as he pleased, I wonder.

Could there have been a child from this, the Prince’s very first romantic encounter with the opportunity for this to have been possible?

Mary later wrote a moving description of their clandestine meetings:

“The moon was now rising, and the idea of His Royal Highness being seen out at so unusual an hour, terrified the whole group. After a few more words of the most affectionate nature, uttered by the Prince, we parted. The rank of the Prince no longer chilled into awe that being who now considered him as the lover and the friend. The graces of this person, the tenderness of his melodious, yet manly voice, will be remembered by me, till every vision of this changing scene shall be forgotten.”

On his eighteenth birthday the Prince was given his own private apartments at Buckingham House as well as rooms at Windsor Castle.

Now he was free to indulge in what became a life of assemblies, balls, masquerades, horseracing, gambling, drinking, clubs and women. Finally he was free (relatively speaking) from the strict moral constraints of his father.

His affair with Mary Robinson soon became an open affair.

They became the talk of the town.

But it wasn’t to last.

One day there was the letter “full of boundless affection and admiration,” the next day a letter telling her they would never meet again.

Why the sudden overnight reversal of his affections? 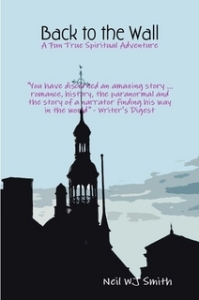 Was this just the Prince being himself?

Or was there another more secretive reason?

Mary was broken hearted. She later wrote sorrowfully of the time “he saw me in Hyde Park, he turned his head away to avoid seeing me, and affected not to know me.”

Could the reason have been that she was carrying his child this time?

I explore these tantalizing possibilities, and more, like a secret marriage and what may have happened afterwards.

Was it a true marriage, or not?

And were there children?

What if there were?

To order direct from the publisher with a 10% discount CLICK HERE.