I can’t prove the Laws of the Universe but I know they exist.

For me it’s a matter of Trust.

If it was religion it would be called faith.

For me, through experience and an inner knowing, it’s Trust.

I think the Laws we live by, that the entire Universe lives by, were created at the time of Creation.

It’s a part of the Creation that’s not visible.

Newton’s Third Law of Motion says that for every action in one direction there’s another equal and opposite reaction in the opposite direction.

In many religions that Law of Physics is called Karma.

We reap what we sow.

But I think the Universal Law goes even further.

I’ve observed it in my own life experiences over the past 50 years.

For every action in one direction in harmony with the Universe the Universe has your back and will support you.

I’ve experienced it many, many times.

For me it’s Truth.

Truth is the language of the Universe.

Then we might say, for every thought in one direction the Universe will have your back and will support you.

How do I know?

You’ll have to Trust me.

And it’s taking Newton’s Law of Physics into the realm of Universal Law.

Which can’t be proven.

What if thought, then, can change the world.

Because the Universe will have your back and support you.

And because the entire Universe, including Planet Earth, is based on its own Universal Laws.

PS. Get my new book ‘Stories From My 50 Year Search For Truth’ – learn more HERE. 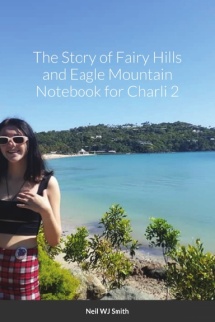